I have been thinking this over since the  last Republican debate… Marco said that Barack knows what he is doing!! Well… I hope so.. we certainly don’t want to elect a clueless president.. right?

Marco was criticized… because he kept repeating himself… but why not  criticized for the content? “THE PRESIDENT WANTS TO CHANGE THIS COUNTRY’!  why- is this a criticism… doesn’t every leader want and need to evolve.. in my life nothing ever stays  at flat line.. i know that applies to all- (I am sure!) lol  My son , JOSH ALWAYS REPEATS AFTER I SAY-  SURE…” OH YOU ARE SURE… ‘ and then of course I am not sure about most things! another  blog subject for sure.- about not being sure… how could one be sure? what with all the billions of possibilities!?

Now that the justice Scalia died– and I am reading about him…. he was Sure of what the original writers of the constitution meant!! That is hilarious to even ponder for a few moments… much less than the 30 years he espoused..being sure… I mean NOone KNOWS what anyone else means– ever – it just isn’t possible.. but to interpret  and have the authority to believe that you know!!???? it is madness..I believe we as a population of this planet must move off this ridiculous conversation.

Lets Be here Now as Ram Dass invited so many years ago… lets decide in the present – lets be alive…Lets honor all life and not make enemies… Lets swim with the current- that would feel good- or gool! and not find out what is wrong all of the time…. and blame and accuse and blame!

Creative living has to be done in the Now- not interpreted- we need WISDOM..  AND IN MY OPINE – wisdom comes with many virtues- and mostly is lacking in GREED.. Greed sucks the life and joy out of everything.. Wisdom needs a larger perspective.. and an overall viewpoint that is FLEXIBLE and can change…

CHANGE!! it happens whether we want too or we don’t… so lets want too! 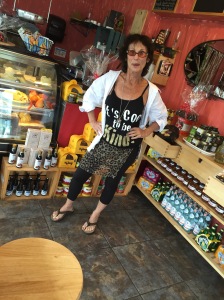