I was uBerring along, as I do, and listening to CNN as i do…they were playing a tape of the donald pretending he was someone else and calling to get some press!!  After everything else we watch him do…. SO WHAT? Hilarious  …. he shows him humor all the time…. that enchilada-taco got a bad rap! ” I LOVE HISPANICS!” what was wrong with that ebullient statement?

then I get home and the tv is going wild about it!! so what!!!

Oh donald… how about laughing and saying you thought it was fun and funny!!! But NOOOO. he gets snarky and blames the interviewer for the question… We get to watch him blame the messenger a lot… that is one of his go to war games… along with calling humans B actors… not effective senators.. losers.. anyone who disagrees is devalued by him publicly and loudly. He knows everything as well as anyone ever!! more about everything – how does he think that???? lol..  so funny..right? HILARIOUS is really the word- funny and ironic and funnier..

Actually picturing him calling and him  pretending makes me giggle… and I would have gladly had a great laugh with him… not about him… I like that kind of sense of humor… it is the least offensive thing about him that i know.

It is his attacking that concerns this human….. i can get behind a lot of him… I admire rethinking….. by everyone… so if flip flopping is rethinking… ( when one gets more NINFO – new info) personally I think it is a necessity to deal and be with the present. – so check!

ATTACKING as a reaction… says it all….. wowch 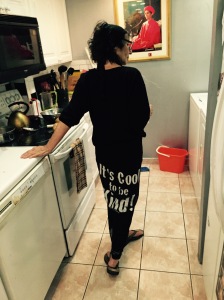 its cool … to be kind